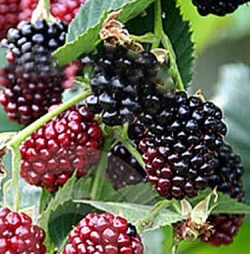 The Boysenberry was developed in the early 1920s by horticulturist Rudolph Boysen of Anaheim, California, who later turned it over to farmer Walter Knott for commercial development. Boysenberries were a hit until the 1960’s, when they began to lose their popularity due to their delicate nature. Today, this berry is primarily grown by small farmers and sold in farm stands. The state of Oregon grows the most Boysenberry for commercial use, while New Zealand reigns as the world’s largest producer and exporter of Boysenberries.

We can source Boysenberry in the following formats: