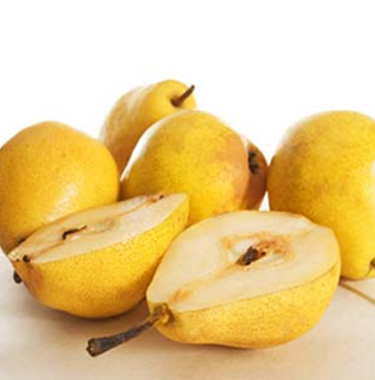 Can you name the Apple’s favorite singer?

Juicy and sweet, with a soft, buttery, yet somewhat grainy texture, the Pear was once referred to as the “gift of the gods”. The cultivation of Pears has been traced back to western Asia, but there is speculation that its history goes back even further, and that it was even cultivated by people in the Stone Age. Today, much of the world’s Pear supply is grown in China, Chile, Argentina, Italy, and the United States.

We can source Pear in the following formats: